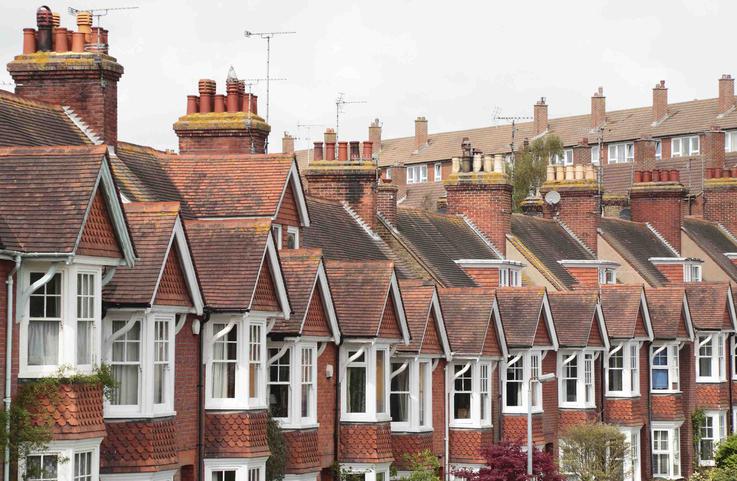 Average residential property prices vary hugely from region to region in England. According to gov.uk, these are the average prices for properties across different areas of England.

The majority of Life Tenancies we have tend to be around the south of England. So, we wanted to explore different towns and cities across the south and have a look at what the average price of £290,000 can buy you (excluding London's average property price).

These days £290,000 is going to buy you a two-bedroom apartment or potentially a two bed house in need of some work in Brighton.

As with any investment though, you need to consider the area, not just the property. Average property prices here have skyrocketed in recent times. So much so, the city is often referred to as London by the sea.

Brighton is one of the most sought-after cities for investment in the south of England, attracting professionals, families and tourists every year. Renowned for its culture, shopping and beautiful beaches, this popular city has seen a 465% rise in property values in the last 20 years.

With fantastic transport links, direct to London Victoria, London Bridge in an hour and the City Thameslink line direct to St. Pancras International, Brighton is the ideal commuter hub. With this in mind, it’s understandable why property prices have risen.

And the average residential property price looks likely to continue climbing. Significant regeneration is planned which will total over £1billion which has included, the recently built British Airways i360, 853 new homes and retail spaces at Brighton Marina. Further regeneration includes improvements to the seafront landscape by developing new infrastructure and rebuilding and maintaining the historic seafront.

Gloucester definitely gives you a little more bang for your buck. Taking the average property price of £290,000, you would be able to comfortably buy a four bedroom detached house.

But don’t mistake the slightly lower house prices as a bad thing. Gloucester has had an 15% increase in property value in the last 12 months and is currently undergoing a £190m regeneration scheme for the construction of new student flats, apartments, hotels, restaurants and coffee shops at Blackfriars and Bakers Quay.

It is an ideal location for those commuting to Bristol, with less than an hour’s drive. With a strong growth in property value and a large ongoing regeneration scheme, Gloucester is becoming an exciting investment opportunity.

One of the central hubs of Kent, investors interest has started to rise here with a steady increase in property values and demand for property

Even with a 8% rise in property values in the last 12 months, £290,000 would still secure you a two-bedroom semi detached bungalow.

With great transport links to London St. Pancras International in just over an hour and direct trains to surrounding areas, Maidstone has become a popular commuter hub.

Maidstone is undergoing a significant regeneration to support this increase in popularity. Maidstone has an investment of £100 million set aside to improve the town centre, including £9.3 million to create over 200 new homes in the Old Wood Estate, 470 new apartments and a new train station.

Maidstone council has predicted that to support the increase in popularity, 300,000 sq. ft. of retail space will be needed.

With all of this regeneration, Maidstone’s average property price will only be likely to increase making this an even more attractive investment location.

Being so close to London, investors often dismiss Essex but with developments like the Cross Rail, the property market there is booming.

For example, Grays in south Essex, £290,000 would get you a tidy three-bedroom terraced house and now is the time to buy.

In the last two years, property prices have risen by 16%. This, in part, is due to the large amounts of people moving out of the capital. Being just over half an hour away from central London, Grays has become hugely popular with commuters.

In February 2017, Thurrock Council secured over £10m to help transform Grays town centre over the next decade with a new crossing of the rail line, public squares, retail, leisure facilities, residential and offices.

The Grays South Project will support the wider programme for the town centre, including improvements to Grays Beach, developing options for a new theatre, improving the road system and supporting the creation of more than 4,500 new homes and over 1,600 new jobs in the area.

This is a developing location you don’t want to miss out on.

Fortunately for us here at Wakeley, these are a few of the locations where we regularly have available Life Tenancy Investments. Make sure you register here and we will keep you up to date with upcoming investments across the country.